Written by the Editorial Team

Artificial intelligence and the fourth industrial revolution will threaten jobs but there are opportunities for growth.

Disruption in the workforce is hardly a new phenomenon. Mechanisation of manufacturing, mass production and the advent of the internet and computers have all changed the way that work is done.

Earlier waves of industrialisation have primarily affected low-skilled manual labour and past improvements in technology have typically made jobs at the lower end of the skills spectrum obsolete – for example, flight navigators but not pilots; typists but not data analysts.

There is wide acceptance that this has led to productivity improvements and higher economic growth – new jobs were generated that led to improvements in standards of living. The benefits have overwhelmingly outweighed the costs and there has never been a better time to be a human being.

Data analysts and pilots are no longer safe from automation and an increasing number of non-routine jobs previously thought to be in the safe category are facing obsolescence. Whereas previously lower-skilled jobs were affected, the current wave is likely to disrupt many mid-level positions.

The Committee for Economic Development of Australia’s 2015 Australia’s future workforce? report found that 40% of Australian jobs, or 5m jobs, that exist today have a high probability of disappearing in the next 10 to 15 years due to technological advancements.

A similar study published by the Foundation for Young Australians found that close to 60% of Australian students (71% in vocational education and training) are currently studying for occupations where at least 68% of jobs will be automated over the coming decades.

Those headline-grabbing numbers are, justly, cause for concern. Jobs that involve low levels of social interaction, creativity, mobility and dexterity are more likely to be replaced by automation. These include brokers, mechanics, telemarketers, cashiers and construction workers. Some non-routine jobs are also being threatened by automation and these include accountants, commercial pilots and real estate sales agents.

Obsolescence is not the only concern. In some instances, a significantly different set of skills may be required for the same job. For example, 3D printing and modular construction trends are already disrupting the skill sets needed for the construction industry and traditional trades. 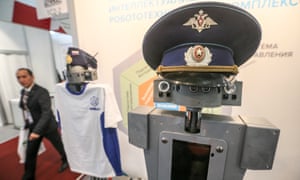 While much of the discussion is centred on the negative aspects of digital disruption, one aspect rarely mentioned is the associated opportunities. Not all jobs are at risk of being automated and past waves have created jobs that no one could have predicted.

That is already happening and will continue to happen. For example, there has been much speculation about the number of new job titles collected in the census that didn’t exist five years ago such as social media manager, cloud services specialist and data scientist. While the fourth industrial revolution is more threatening as it is essentially based on automation of increasingly complex rather than simple human tasks, it does not necessarily mean that there isn’t potential for job creation.

The jobs of the future are likely to be in areas where machine thinking and robotics are most challenged in imitating human thought, and jobs that require a high level of social and emotional intelligence, creativity and critical thinking. These jobs include dentists, teachers and occupational therapists.

As for new jobs that do not exist yet, we may not know exactly what these will look like but one thing is clear – jobs of the future will require a more diverse set of skills, including creativity, problem solving, patience, critical thinking and resilience. Service-sector skills, particularly in care industries (health, aged, child) will continue to be significant growth areas.

Like past revolutions, this current wave shows capacity to improve productivity and efficiency.

The growth of the sharing economy through the likes of Airbnb, Uber and Airtasker is changing what it means to be an employee and has created employment, in some cases, for people who may not have been employable in a more traditional workplace system.

Advanced manufacturers typically innovate and invest in research and development and understand the role of technology as a competitive edge. They focus on high-value, low-volume production in niche product areas and have highly skilled employees.

That skill set is quite different from the skill set required by traditional manufacturing. With the demise of the car manufacturing industry, the retraining challenge for its workers is significant and difficult. The average auto worker is a 55-year-old male who has only ever worked on the production line. The jobs of the future, however, will be in the service sector, in particular in personal service and care sectors. This will require a serious rethink of how we train and retrain our workforce.

This is already happening to some degree. The vocational education and training sector has seen a rise in the share of students studying service-sector courses such as aged care, child care, nursing and disability care – reflecting that this sector is adapting to changing workforce needs despite being traditionally blue collar. Some universities in Australia are also moving towards generalist degrees, presumably to equip their students with a broader set of skills and capabilities that would promote mobility of employment and flexibility to adapt to changing workforce needs.

The broader risks to society and our economy

While growth in service-sector jobs is a clear trend favouring occupations that are typically female-dominated, this will come at a cost that shouldn’t be ignored. The findings in CEDA’s report suggested that regions heavily dependent on mining (such as Western Australia and Queensland) will bear a bigger burden from disruption, with regional areas faring worse than cities. There is a consequential concern that the current industrial revolution could lead to higher inequality in Australia.

The other key risk is increased competition. Improvements in technology have made Australia’s historical disadvantage of the tyranny of distance much less of a problem. However, at the same time, it exposes Australian workers and industry to a global marketplace, which brings with it both challenges and opportunities.

Opportunities include tapping into high-end global value chains as many advanced manufacturers are already doing, while challenges include increased competition for goods and services (and skilled labour) due to the breaking down of international barriers. It is a stark fact that, armed with a computer, work can be performed irrespective of geographic location of both you and your customers.

While these challenges are worth noting, and there will always be significant economic and social risks during periods of structural economic upheaval, Australia is certainly well positioned to reap the benefits that the age of digital disruption will bring.

The fourth industrial revolution will see many jobs go. However, it will see many more created. Our challenge is to embrace this tsunami of change and ensure, through continuous and innovative training and re-skilling, that no section of the workforce is left behind.

Read original story in The Guardian.

With 40,000+ recruitment agencies in the UK, how will you stand out? We can help you. CLICK FOR DETAILS